|Kazerun, a city for all seasons

|Daughter of King and poor boy

|Ramsar; the unique paradise in Mazandaran

|Shepherd who sold his dream

|From Aestheticism to Epistemology

|The miracles of the prophet

|The reasons of family disintegration

Some important questions about marriage (1)

Question: What is the importance of marriage in the life? Why has Islam recommended to marriage so seriously? What. 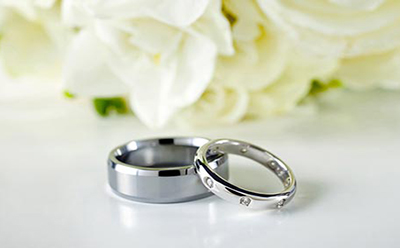 Translator: Hadi Moein
Source: RASEKHUN
Extracted from: Rasekhoon
Question: What is the importance of marriage in the life? Why has Islam recommended to marriage so seriously? What.
The relationship between parents and children, and the relationship between children and parents, as between husbands and husbands. The relationship between parents and children is fundamentally different from relationship between husband and wife. Both husband and wife are especially responsible for their lives. Therefore, before marriage, a lady and a gentleman were not faced with exactly the same kind of life they are facing. Even if father or mother has close relationship with their children, they must know that they will separate from each other. This means that the child will eventually have an independent life after a while. However, husbands and wives never imagine that they will keep their relationship with the idea of a separate life. Now that we have realized that husband and wife will have a new kind of life after marriage, we should be able to know it right. Husband and wife will start a new life after marriage as children start a new life when they are born.
The girl lives in her father's house with her mother and her motherly affections. Now that she comes to her husband's house, she will have two conditions: she begins new relationships and dependencies which is same new birth, or although she comes to her husband's house, she continues to live with her mother, has not taken the new life seriously and has not accepted the responsibilities of the new life. In the latter case, this girl has got married spiritually yet. Some women who get married their husbands do not consider them as a partner in their new life, but they tolerate their husbands so much and ignore the realities of the life. This type of marriage is not recommended by Islam because Islam emphasizes that the responsibility of a woman towards her husband's home is her main responsibility, and her husband is the protector of her life rather than her father any more. The woman must accept her husband's management, and the man is solely responsible for this family, and this responsibility is a very specific duty and this responsibility is never equal or similar to his responsibility toward his parents. In other words, husband and wife begin to take on new responsibilities in this life and the term "new birth" is a good interpretation of for this life.
In the new birth of a child, when he is born, he cannot really eat and drink with his napkin by attaching it to his mother's body, but he must use his mouth to breathe and to eat milk and hear with his ear; in other words, he or she enters into another area. As a matter of fact, marriage should be similar to child birth; otherwise, marriage will not be realized.
In marriage, men and women, based on the wisdom of the world and based on what God has placed in the universe, enter into a new life, and they become extremely interested in each other as Quran states
وَمِنْ آیَاتِهِ أَنْ خَلَقَ لَکُم مِّنْ أَنفُسِکُمْ أَزْوَاجًا لِّتَسْکُنُوا إِلَیْهَا وَجَعَلَ بَیْنَکُم مَّوَدَّةً وَرَحْمَةً ۚ إِنَّ فِی ذَٰلِکَ لَآیَاتٍ لِّقَوْمٍ یَتَفَکَّرُونَ
''And among His Signs is this that He created for you mates from among yourselves, that ye may dwell in tranquillity with them, and He has put love and mercy between your (hearts): verily in that are Signs for those who reflect''.
Regarding the divine mercy, a person becomes very sad when she or he has problem with his or her spouse, but if he or she finds such a difference with his or her parents, he or she would not be so upset. If a man fails to live with his wife, he has defeated in almost all of his life. The root of this matter is that he wants to find his desirable birth with his marriage and to receive blessings of special mercy, but since birth is not realized, his life has not actually reached a desirable outcome while a man needs such a life seriously.

The first result of marriage is that a man or a women is no longer for himself and herself. A monotheistic nucleus is formed by marriage and each member is mortal, and its identity is searched in the identity of the monotheistic nucleus the family. The family as a monotheistic unit initially gains its individuality and restores the collective personality of that family.
With such a point of view, family formation is really required for every woman and man! In the monotheistic nucleus of the family, there will be no selflessness and you cannot consider yourself anymore and if you want to insist on your own, you really will make life hell for you and for the rest. Basically, everyone is so lucky in his family that he has been able to gain a defender against the family core. If only one of them has denied themselves, they will never achieve a desirable and transcendent result.
One of the problems that can be seen today in some families is that one sacrifices himself for another. Sometimes a man wants to rid himself of his wife's complaints; therefore, he follows whatever his wife orders.

Famity: contradictions and movement toward monotheism

God allows us to form a family in order to achieve monotheism among a lot of contradictions. In other cases, he provides grounds so that we can know him. The condition of monotheistic life is creation along with volition and a body of lust and wrath. These are grounds so that a man can unite his or her personality over these contradictions. We are faced with these contradictions so that our humanity can be proved. You have to have the power of lust and the power of wrath and the powers of imagination and intellect and mind; persons should have all of these powers to choose the truth path among different contradictions and not to follow each of them.
As a human being, you have to decide whether you eat or not. Now that you have to eat, you cannot eat whatever you want to eat, you must avoid eating haram foods. Among these contradictions, man must reveal his humanity, and family is a more precise matter which there must be affection and emotion among family members so that monotheism can appear.

The role of marriage on the control of fancy

What kind of comfort is gained through marriage?
A persons really needs fondness. Family is the ground of fondness that husband and wife can provide with their selflessness. The duty of a husband and a wife is to keep this divine affection. Fondness with spouse creates vitality that cannot be replaced with nothing; therefore, we should try to keep it. Comfort and affection can be kept through religious and moral principles and respecting each other. Divorces become more and more because we become uninformed of the monotheism of family.

Maintaining original affection means "loyalty to each other" and observing each other in whatever is important to another one and God has not neglected it. Perhaps, after a while, men and women may imagine that the original affection must stay in the same state until the end of their life, but this original affection will be less between them. As a matter of fact, it is the initial state of the adolescent's youth; in youth, it overcomes the imagination and is the emotional aspect of imagination. And if that aspect is to last forever, it will be very good, but if it does not, then we should not imagine that that affection will not be any more, it should be understood that kind of affection changes over time in different ages. God has never deprived of husband and wife from such affection, but such afflation and mercy are seen in new ways.
Question: is your meaning from "changing the way of the original affection" that they are affectionate with each other, but, for example, they use less romantic words?
Answer: Well, of course, I think that the ideal form of life is that such emotional affection can exist as we get more intellectual and mature. Unfortunately, no matter how we become mature and wise, intellect takes the place of our imagination, and our imagination is weakened. The right way is to have the imagination always in order to keep human happiness. However, if such affection does not exist with the greater presence of reason, we should not think that love has completely gone while its imaginative form has been weakened and if you pay attention, you will see that affection in other ways. Agree with each other and respond to each other emotionally and keep your love for the rest of your life, and through sexual pleasures, you will increase the enthusiasm of your worship.
Answer: can it be said that we should try to keep original affection forever and if it changes, we should consider it as a natural affair although original affection is better to remain?
Answer: Yes, it means that husband and wife should not think that the first kind of love consists of time lapse and does not exist anymore. They cannot interpret the latter form correctly; therefore, they think that affection between them does not exist anymore. The husband and wife must understand that women, especially those who try to survive the first love, should be aware of this that men express their love through their actions although they are not spoken in the words of their husbands. For example, if a man understands that his wife likes apricots, when he buys apricots for his wife the same as before, he does not say, "because you like apricots, I'll buy you". Until the end of his life, when there are apricots at the market, he will buy apricots for his wife. The actions of a man show that his wife's tendencies are important for him and he tries to pay attention her interests so that she can have a comfortable life. A woman also try to cook her husband's favorite foods until the end of their life together. Of course, women are more successful in expressing love. The prophet (peace of Allah be upon him and his descendants) states
''إنَّ الرَّجُلَ إذا نظر إلی امْرأتِه و نَظَرتْ الیه، نَظَراللهُ تعالی إلَیهِما نَظَر الرَّحْمه‌ی ''
'' if husband and wife look at each other affectionately, God will bestow his mercy over them''.